Yesterday HBO released another small batch of promo pictures via Entertainment Weekly.
Unfortunately, those pictures do not reveal much new information - the only "real" new picture is the battlefield scene with Drogon.

Anyway, here's what we can tell about those pictures:

Bored from waiting for the first season 7 trailer? Here's a quick overview about the promo stuff we got before season 6 premiere to have some orientation about the possible timeline: 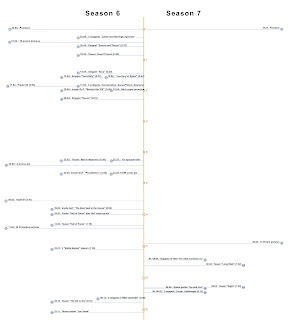 Up to now, we got the same stuff roughly in the same order and period of time as we did last year:
a teaser poster, two teaser videos and a bunch of promo pictures. If they follow a similar pattern as last season, next in line we could see
But maybe we'll get even more stuff this year - to lighten our long dark night of waiting!