Shooting for Game of Thrones season 7 has finished, and now long months of waiting lie ahead until the first episode will finally air.

Time for a résumé and something to shorten the idle time: a visual GoT Season 7 Episode Guide.

GoT season 7 was filmed for 6 long months in at least 24 locations in 5 countries. We had

So, I tried to put all of this together to give a comprehensive visual overview about what to expect in season 7. This of course is totally a work-in-progress, and there surely will be more stories and details than those included in this guide - but this is what we know of right now.

EDIT 2017-06-22: As the second official trailer showed us a flock of ravens controlled by Bran,
I added the October 2016 leaks by an anonymous leaker on 4chan.

If you want to stay unsullied, do NOT click the following links. 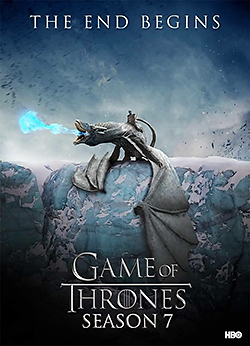 
And finally, a collections of images, scenes and characters from Season 7 which can right now not clearly be atttributed to a specific episode: Unknown Episodes.