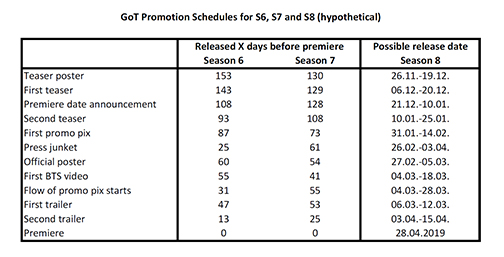 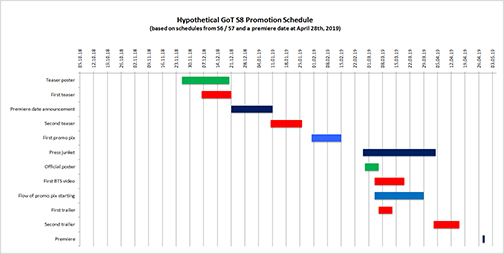 Phaedrus
Posted by Green Chili at 10:59 No comments:

New information about GoT shooting locations in Iceland

Two days ago reddit user u/gravemaster7 discovered a picture of a drone on Instagram, with the text "Shooting entire week with this amazing machine in Iceland for VFX" and the hashtag #gameofthrones: Instagram post by koenvrintspilot

This drone is a Neo model by AceCore Technologies. We've seen those specialized drones before - last year they were used for shooting GoT scenes in Iceland too: "The Drone Behind the Throne".

Now just this morning AceCore Technologies published a new video showing off its Neo drone shooting material in Iceland, again. Of course they don't tell us what exactly they were shooting and which client they did it for, but there are a some very interesting clues:

Taking all these hints into account, we can be very sure the scenes we see in this video are from recent shootings for Game of Thrones, shootings to be used for vfx scenes.

Now to the most interesting part: which exact locations are shown in the video?

Here's a list of the ones I could identify:

So to sum it up: these are some of the spectacular locations we are very probably going to see in vfx-enhanced scenes in season 8 - prepare yourselves!
Posted by Green Chili at 15:29 No comments:

So now we know the names of the directors who will work for GoT in season 8: Miguel Sapochnik, David Nutter, and David Benioff / D. B. Weiss. But there are some other persons who are just as important when it comes to making the show what it is: the cinematographers, or Directors of Photography.

Up to now we have confirmation that DoP Fabian Wagner will be part of the team in season 8, but still nothing about the other two. It seems highly probable that for the final season HBO will chose DoPs which have lots of experience with GoT, and have either worked closely with the S08 directors before, or worked recently (S07) for the show.

Let's take a closer look at the candidates:


TL;DR: These will probably be the director / cinematographer pairings for season 8: